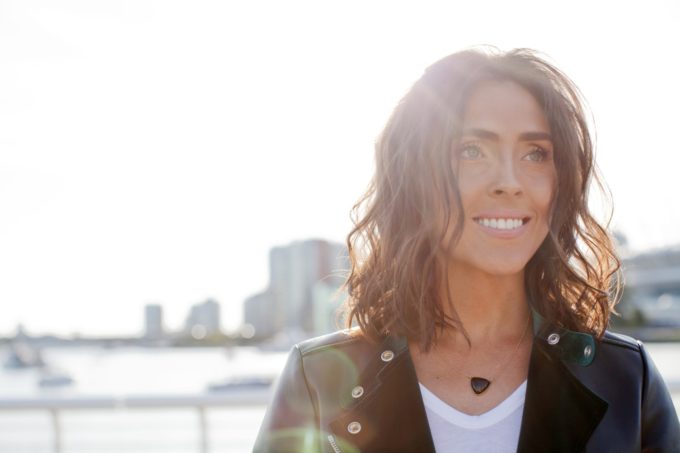 I am a total interview junkie. I get so inspired learning about people’s food journeys and seeing the incredible things that others are building in their lives. So I am excited to debut this new series on my website: interviews with healthy, conscious, plant-centred foodies. And I am VERY excited to debut this series with the lovely Erin Ireland.

Erin is THE food reporter in Vancouver and I have been interacting with her via social media for some time now. A while back, I began to notice a transition to plant-centred eating on her social media feeds and I thought this was the perfect time to talk to her more about that…I hope you are as inspired as I am by her answers!

Erin, your awesome site, itstodiefor.ca and your social media feeds are filled with gorgeous plant-centred goodies…what inspired you to shift your eating habits?

Thank you! My shift to a plant-based diet has been gradual over the past few years. When I realized my food reporting / food photography was affecting where and what my readers ate, I felt compelled to focus on food that was good for the planet, our health and the animals. Thanks to documentaries, books and articles, I gradually began to see the food industry in a different light. There were certain facts I couldn’t ignore. When I learned that animal agriculture is the leading contributor to global warming, I no longer felt comfortable highlighting meat dishes. Same story when I learned that over 96% of the animals raised for food in North America come from factory farms. I can’t support that. I also feel so great and healthy on a plant-based diet — nothing beats it.

Your recent Tedx talk focused on the bias against plant-centred eating in the media; what do you believe is the way forward?

Balanced and ethical-reporting is the way forward. Currently, mainstream media is focusing on meat dishes the vast majority of the time, whether we’re talking magazine articles, restaurant reviews, food TV shows, blog posts. I’m talking 90%. Considering animal agriculture is such a major contributor to some of our world’s biggest problems, it doesn’t make sense to promote meat dishes so heavily. I don’t expect food media cut meat out completely — but if we balanced our coverage by focusing more on plant-based cuisine, I truly believe this will have a positive influence on readers/viewers. A focus on meat quality would also help. Factory farming is perhaps the most destructive industry on the planet. If food media chose to focus on better, more humanely-raised meats more often, restaurants and grocery stores (and other meat sources) would gradually shift to better suppliers.

What is your favourite restaurant for plant-centred foodies, at home or further afield?

What five foods would you bring to a desert island to stock your fridge?

What one movie or book would you recommend to others interested in exploring the impact of animal-centred eating?

Project Animal Farm by Sonia Faruqi – This is the story of a young Pakistani-Canadian woman who, after being laid off from her job on Wall Street, decides to volunteer on an organic dairy farm for a change of scenery / pace of life. What she discovers inspires her to learn more about animal agriculture and ends up taking her around the world to Malaysia, Mexico, The States and beyond. Her account is unbelievably detailed, courageous and entirely riveting. I couldn’t put it down and learned so much. It was published in July 2015 so the info is very current.