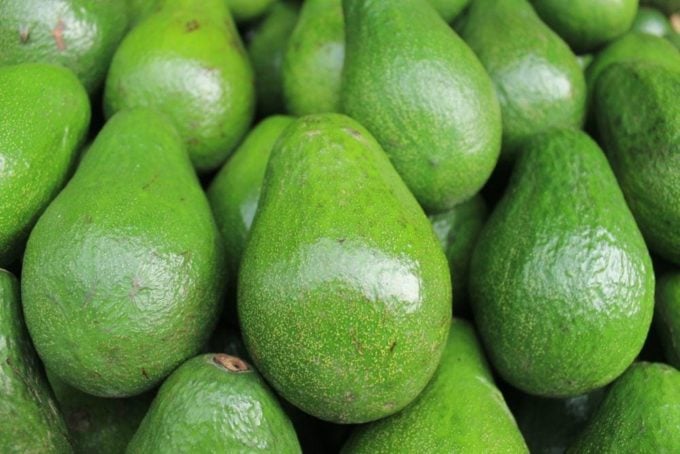 For all of you life hackers out there, 2017 is poised to be the year of the ketogenic diet.

Haven’t heard of it? Google it. You will be amazed… Primarily at how we apparently have been ‘poisoning’ ourselves with carbohydrates all this time. Oh, the internet.

Since it’s Nutrition Month, I figured it was a good idea to share a more balanced look at the ketogenic diet: the metabolic theory, the science, the internet miseducation and the potential for real help or harm.

So, let’s back up a bit… What the heck is ketosis?

When I was in university, I was taught that the brain thrives on glucose, and in the absence of this fuel, the body can create ketones as an alternative fuel source. In diabetes, the presence of ketones – or ketoacidosis – is evidence of a toxic state originating in poor blood sugar control. From then on, I have largely dismissed ketosis as bunk, dangerous and toxic.

And then a little professional intervention happened. I sat down with Sean McKelvey, a pharmacist by training who had been using a ketogenic diet to help get patients off of their diabetes medication in a matter of weeks. A ketogenic approach was working where the standard nutrition line of moderate carb and fat wasn’t. It got my attention…and has prompted a reeducation in what I thought to be true.

A ketogenic diet is a high fat, low carbohydrate diet. Like, really low. For many, as few as 30g of carbohydrate a day…and definitely less than 50g per day. What’s that look like in terms of all those healthy plant foods I want you to eat? Well, an avocado has about 4 g of digestible (or net) carbs. A half cup of almonds has 6.5g of net carbs. 2 cups of raw kale has 9g of net carbs. A cup of raspberries has 7.2g net carbs. Just those plant-powered essentials put you at almost 30 grams. The rest of your day? Pure fats and protein like olive oil, full fat sour cream, eggs, fish and meat.

One of the common misconceptions is that keto is a high protein diet – it’s overwhelmingly fat-centric. And you may be surprised to learn that protein in large doses can also be inciting insulin release (which most of us think only carbs can do). And, if you think going keto means eating nothing but bacon, you’re going to end up pretty malnourished in no time flat.

Is this actually healthy?

Why would a plant-centred girl like me support this approach? Easy. Sometimes, treating a condition doesn’t look the same as preventing one.

It would take an avalanche of literature to budge me from my “let’s all eat whole plant foods” approach to optimal health. But I am also a digestive health gal. So I know that sometimes, even the healthiest foods can cause issues when you are unwell.

I use a low FODMAP diet in my practice…which requires that I ask my clients to avoid some of the most healing, nutrient-dense foods on the planet like garlic, beets and almonds. Why? Because in the case of IBS, the indigestible fragments of these healthy foods causes severe pain and digestive distress and removing them temporarily can change lives.

I view the potential for ketogenic diets in the same way. For some, the body’s ability to maintain stable blood sugars when eating carbohydrates is so poor that they depend on a handful of medications every day. Why wouldn’t we try a food first approach to fixing this? Because last time I checked, the diabetes epidemic isn’t a medication deficiency…it is a metabolic inability to tolerate carbohydrates, particularly in the dose and type so common in North America.

And boy, do we mess up carbs in our fair nations. It’s not like most of us are running around gorging on barley, broccoli and beans. Instead, we like our carbs white, refined, hyper sweet and stuffed with artificial stabilizers. Which is why we are in this shit pickle in the first place. Type two diabetes was always considered a disease of old age, but the way we abuse carbohydrates in North America has become so extreme that children have type two diabetes now. And yet, we look at real food diets like whole foods vegan, paleo or keto as extreme. It’s ass backwards.

Yah yah…but what about the science?

The research interest in ketogenic diets is growing. You can check out reviews on appetite suppression here, epilepsy here, effect on the mitochondria here, cancer and cognition here. It’s not all a slam dunk. But the gains are intriguing and it’s still early days.

And the potential for use in type two diabetes is exciting. If you aren’t flooding the body in carbohydrates, keeping blood sugars balanced should, in theory, be a lot easier. I am now part of a group called the Institute for Personalized Therapeutic Nutrition, along with Sean McKelvey and a team of researchers and healthcare providers, that is working toward a future where people choose a food first approach to treating chronic disease. As we work toward that future, a ketogenic approach to diabetes feels like a great stepping stone to using the metabolic effects of diet to bring healing.

Just today, colleagues in the US released a paper that showed the potential for a ketogenic diet in type two diabetes. This paper describes the first ten weeks of a two-year study, looking at an intensive, medically-managed approach to ketogenic diets for blood sugar control. Their results showed that even in a short period of time, ketogenic diet therapy has the ability to improve glycemic control and help patients reduce medication use.

So, the problem with the internet

As per usual, the internet is the Wild West when it comes to diets that are emerging in the research. Check it out online…and then get the facts and the care you need from professionals.

The ketogenic diet is one that should be guided and monitored by health professionals. You need a doc to be monitoring your bloodwork, a pharmacist to be managing medication changes and a dietitian to ensure that you are getting the nutrition you need and keeping yourself in the keto range – otherwise, all you are really doing is eating too much fat that without the metabolic adaptation, may do you no favours.

There is a period of adaptation in the body where your metabolism is shifting – and it is that metabolic shift that is expected to be the secret sauce. So trying keto for a few weeks and then falling off the wagon isn’t going to work. Maintaining a ketogenic diet is not easy and if this isn’t something you can do long term, you might be better off with another approach.

At the end of the day, there is no one diet that is right for all. So beware the internet gurus who claim that their way is the only path to nutritional salvation. Ketogenic diets may have a bright future…but whether they are a good choice for you, only you and your dietitian can know for sure.