Home » Articles » Gut Health » Still interested in a spring detox? Here is how to support what your body does naturally.

Still interested in a spring detox? Here is how to support what your body does naturally. 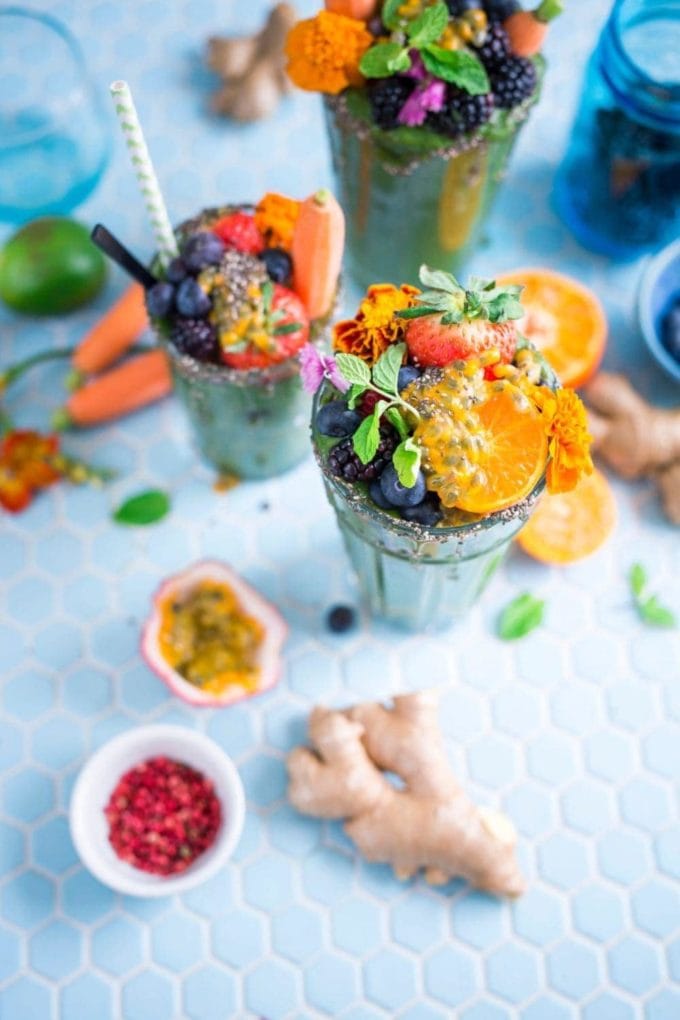 At long last…the third in my installment on all things ‘detox’!

Hopefully by now I have helped remove the smoke and mirrors around what detoxification is, or perhaps isn’t. That for the most part “detox” is not a fast track to health, nor is it a magic switch you flick on by 10 days of subsisting on lemon juice, maple syrup and cayenne pepper. Instead, detox is a mostly unglamorous but essential physical process, akin to breathing or your heart pumping blood.

As I talked about in Part 1, your body already does a pretty bang-up job of detoxification, with sophisticated systems in place for processing and removing wastes created by the body and taken in from the environment. No juice cleanse required.

What science is beginning to show, however, is that different factors influence how well these processes and pathways function. For example, we know genetics, age, gender, level of physical activity, exposure to toxins and nutritional status, can all affect your body’s ability to detox. And while you don’t have control over most of these factors, nutritional status is one you do have a say in.

In contrast to the fasting philosophy often synonymous with ‘detox’, we know your body, especially the liver, requires nutrients and energy to function.

The liver detoxes in two phases: Phase I and Phase II. Phase I involves preparing the toxin for elimination, but the preparation causes the production of a reactive intermediate, which can often be more harmful than the original waste. Phase II involves adding another substance this reactive intermediate which allows it to be removed.  While it is important to support both phase I and II, you can run into trouble if phase I activity greatly exceeds phase II, meaning you are creating reactive substances faster than you are eliminating.

And while the science gets pretty gnarly when looking at the intricate processes and reactions involved in phase I and II liver detox, studies have shown that some nutrients are capable of enhancing complete detoxification in the liver. Let’s take a look at three stand outs…just for fun.

Also known as the Brassicas, cruciferous veg such as broccoli, cauliflower and cabbage are superstars when it comes to supporting phase I and II liver detox. These veg contain a group of compounds called glucosinolates, including sulforaphane and indole-3-carbiol, which have been shown to increase the activity of liver enzymes.

Want to know more? Here are a couple of illustrative examples.

A 2007 pilot study found subjects has increased activity of two phase I enzymes (CYP1A2 and CYP2A6) compared to their baseline levels, after seven days of eating 500g of broccoli per day. While it was a small study – and a large dose of broccoli – requiring further validation, its results demonstrated the potential affects of diet on the body’s ability to detox.

In a 2014 study, researchers studied a population of approximately 300 people living in a highly polluted region of China, giving half the participants half a cup of broccoli sprout beverage for a 12-week period.  They found children who consumed the broccoli beverage had significantly and sustained higher levels of phase II liver enzymes and excretion of the known human carcinogen, benzene.

Turmeric is already my fave spice…and in addition to fighting inflammation and supporting a healthy gut flora, it might just be supporting your liver function too. Used for thousands of years in ancient eastern medicine, modern medicine is focusing on the active component of this super spice, curcumin.

Remember when we said phase I liver detox produces reactive intermediates which can be more harmful than the initial toxin that required removal? Well, curcumin has been shown to help scavenge reactive substances (free radicals) and promoting phase II liver detox, that is the elimination of these reactive substances. This is just one of the reasons turmeric is becoming of increasing interest in a prevention-focused lifestyle.

In a similar way to curcumin, berries have also been shown to a food that supports detoxification. Like curcumin, berries are rich in antioxidants, helping to mitigate oxidative damage, including that generated by phase I liver detox.

A 2013 study looked at the effect of one particular antioxidant found in high concentrations in berries, ellagic acid, on liver enzymes in animal models. Researchers found ellagic acid exerted a dose dependent impact on liver enzymes, significantly increasing phase 2 enzymes and decreasing phase 1 enzyme. That is, it may enhance the ability of liver to detoxify reactive intermediates, while inhibiting the production new reactive intermediates, an important process in chemoprevention.

In addition to making liver-supportive dietary choices, support your body’s ability to clean up its own mess by optimizing the role your gut and your kidneys play in all of this. Yep, you got that right…you need to pee and poop on the regular.

Without a doubt, the best way to do this is to drink plenty of plain ol’ water and eat high fibre foods like legumes, berries and seeds. Fibre sweeps the walls of the gut, taking with it decaying matter, and binds waste products so they can’t be reabsorbed into the blood stream. Water helps ensure that the kidneys can adequately excrete waste from the bloodstream and keeps bowel movements hydrated and, um, moving.

And that glorious skin of yours? Put it to good detox use by sweating on the daily. Physical exercise and sweat helps increase circulation and elimination via all channels.

This detox stuff really isn’t rocket science: the less junk you put in your body, the less your body has to process. It’s not about a restrictive diet, or spending hundreds of dollars on weird powders that won’t really fix a broken, unhealthy lifestyle for the long term.

Spring is such a popular time to try a detox program that I want to offer my own, un-detox challenge to help you focus on science-based healthy living and save all those detox dollars for a new pair of spring shoes.

For the next week or two, try doing the following daily:

1.    Eat one cup of berries, one cup of crucifers and add a teaspoon of turmeric to your diet daily. Try a turmeric latte, milkshake or tonic to make it easy.

2.    Drink at least 1.5 litres of water every day…or enough to ensure that your pee runs very light yellow or clear

3.    Commit to 30 minutes of movement and sweat it out – even if all you do is crank up the music and dance in your living room.

4.    Try 1 tbsp of psyllium if you feel you need to improve elimination (note: if you have gut health issues, start at 1 tsp and slowly work your way up). Hydration is critical, so if you are having trouble drinking water don’t start the psyllium because it could bung you up.

If you try my alternative spring cleanse, please let me know how it goes! And of course, you can always ask me your nutrition questions over on my Facebook page.

A huge thank you to my volunteer Sarah Myers for all her help in putting this series and this article together.