Home » Articles » Gut Health » What is Leaky Gut …and What Causes It?

What is Leaky Gut …and What Causes It? 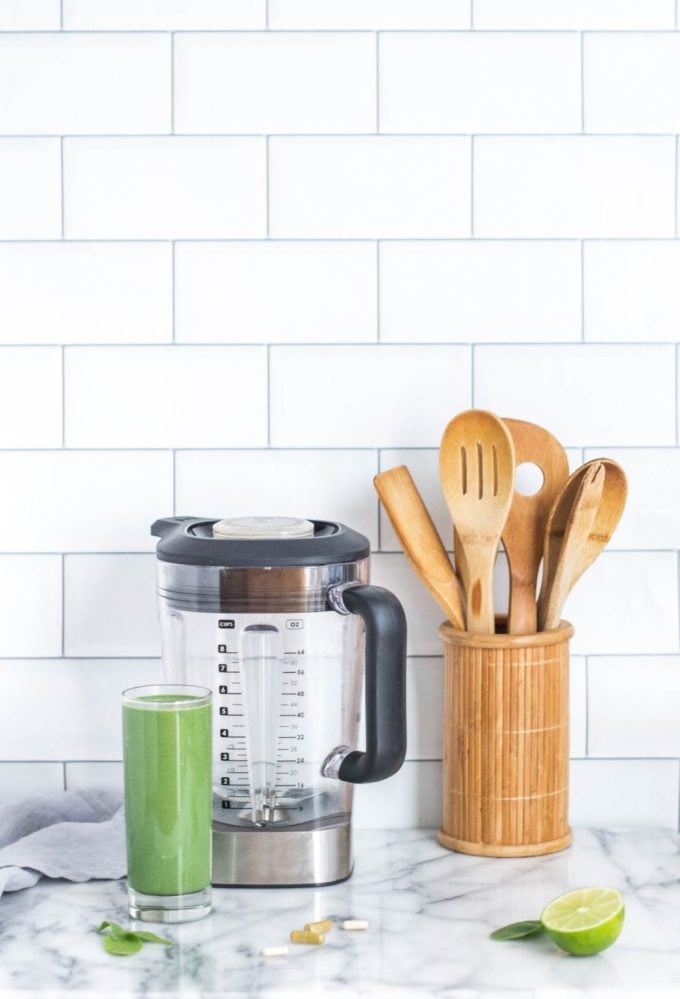 As a gut health dietitian for over a decade, I think there are few digestive health nutrition topics as complex (and misunderstood) as gut barrier dysfunction, or as the internet calls it “leaky gut”. If you’ve been told you have leaky gut, before you go spending a whole bunch of money on supplements like probiotics or l-glutamine or starting a restrictive elimination diet, you need to read this. What is leaky gut, anyway? And, what causes it? Read on for the actual science of how the gut barrier works as well as what can cause it to get “leaky”.

I have been studying and writing about gut health for a long time. I even have a gut health book coming out called Good For Your Gut. So, I know that the term “leaky gut” sounds so much like internet wellness garbage that it can be easy to dismiss it outright. In fact, a lot of professionals do – which would be a mistake.

Known in the scientific literature as intestinal permeability or gut barrier dysfunction, leaky gut is exactly like it sounds: the gut barrier itself is not working properly. But in order to understand why this even matters, we have to know what the gut barrier is and why it’s important.

What is the gut barrier?

Your gut is one long muscular tube that is continuous with the outside world, from your mouth on down to the poop shoot – and yes, I know how gross that sounds to link the two but they are in fact linked and it’s important.

Even though you think of your gut as being inside of your body, technically it is the outside world. And the outside world is a scary place to your relatively sterile body: so many microbes, toxins and unfamiliar stuff that might mess you up. That makes your gut is actually a defensible border, just like your skin is. However, unlike your skin, your life literally depends on being able to absorb a lot of good stuff (like water and proteins and vitamins) through your gut, resulting in a barrier that is a lot more fragile, dynamic and porous than your relatively thick skin.

If your gut were simply a digestion machine, a little leak might not be so important. However, your gut lies at the intersection between digestion, immune function and even your nervous system health. Most of your immune activity is centred along and within the gut. Your gut has more nerve cells than your spinal cord. Oh, and there are trillions of bacteria (called the microbiome) hanging out in there too. So when something goes wrong, there is the potential for a MASSIVE ripple effect.

How the gut barrier works

Stick with me here: this is gonna get science-y, but it’s critical to make sure you understand how this whole shebang works so you can resist all the internet hucksters, okay?

The gut barrier is a tightly regulated frontier that requires precise cooperation between your nervous + immune + digestive systems to function properly1,5. Technically, all that is standing between you and the outside world is a single cell-thick layer of absorptive gut cells. These gut cells are linked together at areas called tight junctions7. These tight junctions ensure that substances pass only through regulated transporters, instead of slipping in between the cells like a bandit at midnight.

There are two things you need to know here7:

But that wee cell layer isn’t on its own! On top of that layer of gut cells, you also have a thick layer of mucus that protects it. It is denser near the gut cell and relatively microbe free, and looser toward the space of the gut where it houses a bunch of microbes all cozy in the goop3,5,7. Now, I know you’re gonna see that word mucus and think it’s a bad thing and that you should go and get a colonic. Please don’t!

That mucus is 100% critical to gut barrier integrity and without it, there’s real trouble. If the mucus layer thins, bacteria are going to gain direct access to the gut cell and your immune system will freak out and turn on the inflammation response3.

In addition to the physical barrier of your cells and mucus and bacteria living on it, you have a chemical defence too7. This is the strong acids in your stomach, and the very alkaline secretions of your pancreas. The mucus even contains antimicrobials that control the bacterial population and so they can’t get near the gut cell3.

Your body is super smart: it has evolved in cooperation with your gut bacteria. The good bacteria stay where they are supposed to, and they help the gut stay strong by killing off bad bacteria and making short chain fatty acids that are good for the gut.

So, what causes leaky gut?

Right now in the science, there is debate as to whether leaky gut is the chicken or the egg8. Does it cause (or is it one of the causes) of digestive disease or autoimmunity such as ulcerative colitis or Hashimoto’s? OR, does it develop because of the disease processes?

Some of the potential causes + associations of leaky gut in the current research8,9,10:

It’s thought that any inflammatory response is thought to cause increased gut permeability, at least temporarily4. Leaky gut is well-documented feature of disease states like type two diabetes, liver disease, celiac disease, and inflammatory bowel disease11. But, its role in autoimmunity or as a low level, chronic issue that causes disease may be met with skepticism although there is some evidence to suggest that gut barrier dysfunction is present in autoimmune conditions like Hashimoto’s12,13.

So if you’re walking around looking pretty good and saying you have leaky gut, you can imagine the source of the skepticism. However, Dr Alessio Fasano, an internationally renowned celiac disease researcher, has suggested that leaky gut may be an underlying cause of disease14 so I think that the research here will continue to grow and I think skepticism is finally starting to fade in the same way we have seen with chronic stress and chronic inflammation.

What started to move the conversation forward was the discovery of zonulin, a molecule that can zip open the tight junctions like a zipper. The research on zonulin release in celiac disease in response to gluten ingestion has laid a lot of ground work for understanding the interactions between the gut, the immune system, gut bacteria and immuno-active components of food. If something causes the tight junction to falter, large molecules presented to the immune system can trigger reactions with far-reaching outcomes the longer they continue.

You cannot fully tell the gut barrier story without talking about how your gut microbes are involved. Germ-free studies have shown us that without gut microbes, the gut barrier doesn’t develop or function properly; on the flip side, if your gut flora is imbalanced or pro-inflammatory, you’re also screwed1,5. Gut microbes have been shown to influence the actions of zonulin in addition to their influence on inflammatory response5. So in order to talk about a healthy gut barrier, we need to consider a healthy microbiome too.

I mentioned earlier that diet may be associated with increased intestinal permeability. We’re going to talk more about this in part three of this series, linked below but let’s lay the groundwork here.

It is thought that a chronic absence of fibre kills off the beneficial gut bacteria that feed on it. This imbalance may favour the overgrowth of gut bacteria that survive by literally eating the mucus layer of the gut, degrading the gut barrier3. Some fibre-loving bacteria also produce butyrate, a short chain fatty acid that feeds the gut cell and supports the integrity of the gut barrier4. In fact, butyrate is the primary fuel source of gut cells. So if you want a healthy gut barrier, you need to feed those gut cells butyrate. Which means, you need a healthy gut microbiome.

High fat, high sugar, low fibre diets – along with alcohol ingestion – are thought to alter the gut barrier4,10. One contributing factor may be that high fat diet alters the pool of bile acids in the gut which can alter zonulin release and lead to gut barrier dysfunction by non-inflammatory means2. It appears that high fat – particularly saturated fat – diets can also help transfer bacterial fragments across the gut barrier, leading to an issue known as endotoxemia10.

There is still so much to learn about the underlying causes of gut barrier dysfunction but without a doubt we are looking at a complex interaction of genetics, lifestyle and environment. It is DEFINITELY not as simple as saying food x causes leaky gut.

Celiac disease is a great example of this, where those with the genetics may not get the disease; it takes an environmental trigger and then the ingestion of gluten to start breaking down the gut. And the gut barrier may hold links to the brain barrier too; for example, those with genetic susceptibility to schizophrenia show alterations in genes that also involve gut barrier6.

If you go on the internet, the suggested symptoms of leaky gut are LONG. And VERY non-specific. They include:

The trouble with these suggested symptoms is two-fold: that there are a million reasons why you might be tired and have joint pain. AND, that there is ZERO scientific consensus that leaky gut has any defined symptoms of its own – these symptoms overlap with those of chronic inflammatory and digestive conditions. So the symptoms might not be coming from the intestinal permeability itself but the condition that goes alongside it.

I broke this topic into a three part series because it’s A LOT of info to digest, pun intended. So click below for the rest of the series!