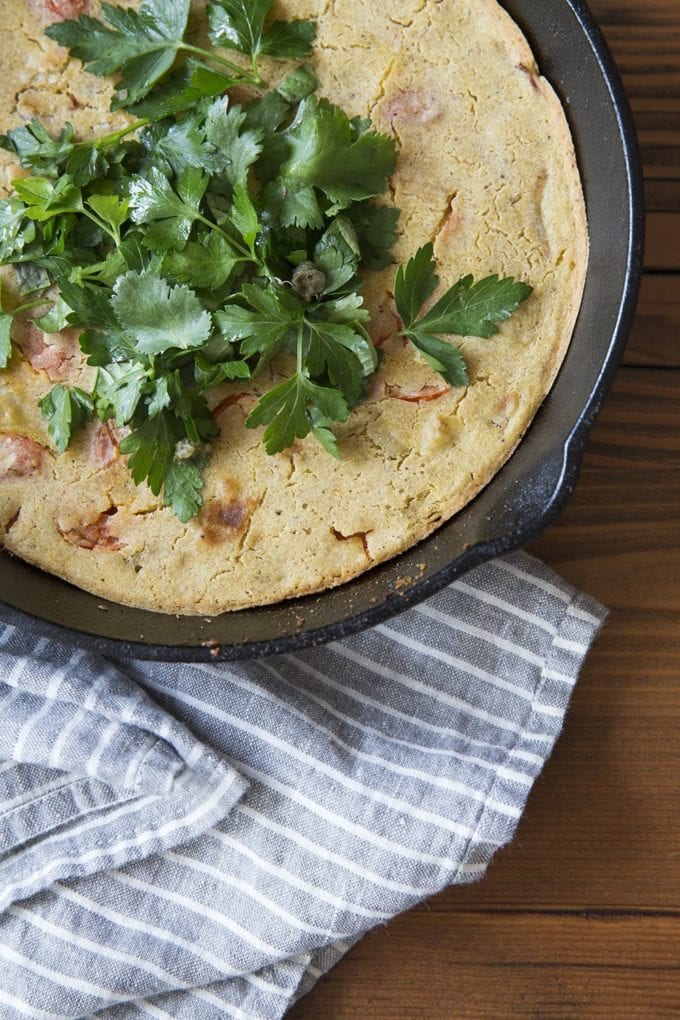 We have always been a frittata house. Once a week, it’s breakfast-for-dinner around here because who can argue with a dish that graciously accepts whatever you have in the fridge and still tastes good?

Even when trying to make more 100% plant-based choices, the frittata stuck because a) it’s easy b) it’s tasty c) it’s real food and d) it’s a balanced meal. And then, I made the pilgrimage to Cafe Gratitude in Venice California and had something that made the light bulb in my head explode.

A frittata…that wasn’t a frittata. It was a farinata. Like, a frittata type thing but made with chickpea flour instead of eggs!!!!!

I already had chickpea flour. It’s awesome for baking…including a pan bread called (you guessed it) farinata but it never occurred to me to fold a bunch of veg into it like a frittata.

Mind blown. Everything you love about a frittata…including the protein. Plus extra fibre and a crazy amount of minerals. I borrowed the basic farinata method from the NY Times and then went for broke on the veg. You could easily adapt this to whatever your favourite frittata fillings are…just keep the same ratios.

Dinner in 20. Totally vegan and even diehard egg lovers will love it because it’s real food. 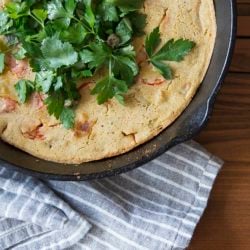 2
Quick brunch that's perfect for the family!
No ratings yet
Leave a Review »
Pin Print

« Previous PostThe (Healthy, Conscious) Interview: Gena Hamshaw of The Full Helping
Next Post » Is Carrageenan Messing With My Gut?