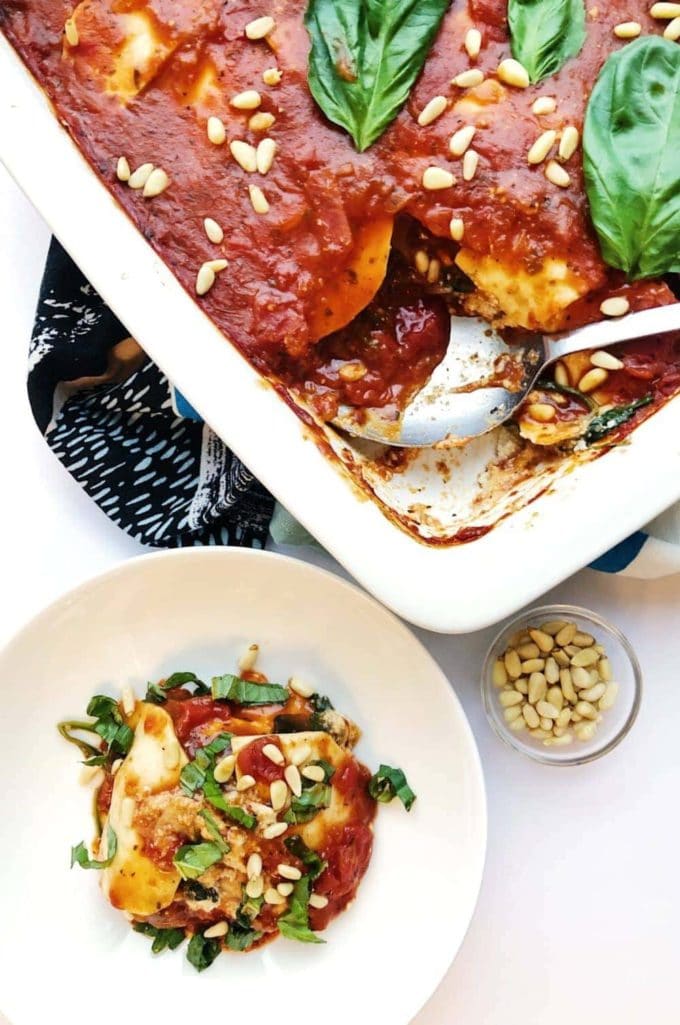 Lasagna, but make it plants! This epic vegan gluten free lasagna is made entirely from whole foods, from the silky celeriac ‘noodles’ to the almond cauliflower ‘ricotta’. It is flavourful, nutrient-dense and absolutely worth the time for a whole food, plant-based lasagna feast!

Lasagna is such a celebratory dish for me; part of what makes it such is that it’s not the quickest thing to prepare. This lasagna takes about 45 minutes of active prep and at least that much time to cook. And you don’t make lasagna for two. To make a lasagna is to plan a feast.

And that’s exactly what this lasagna recipe is all about: one big, flavourful celebration of plants. This dish is layer upon layer of vegetables. It’s super yummy and crazy energizing – so you’ll have plenty of steam to rock around the Christmas tree until Santa comes a knocking.

This lasagna is about to become my new Christmas Eve tradition…I hope that it will become yours as well!

A few tips: If you prefer a more traditional lasagna, you could totally substitute oven ready noodles for the celeriac layers. Just be sure to cook according to the package directions. I do still recommend that you add the celeriac! You could add 3 cups of grated celeriac to the spinach and steam to boost the veggie layer. If you would prefer your celeriac meltingly soft, just parboil in a large pot for 3-5 minutes. Lasagna takes TIME. If you want to prep in advance, say, morning of, just pop it into the fridge, covered, until ready to bake.
Cuisine: American, Italian
Course: Main Course
Author: Desiree Nielsen, RD