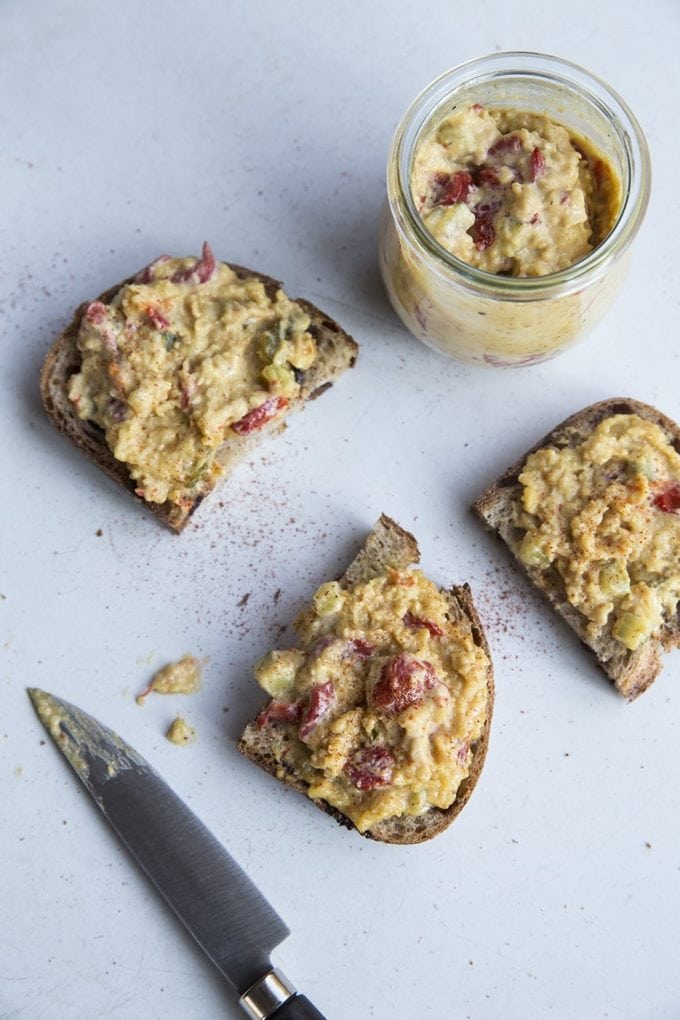 I’ve said this before: I travel for the purpose of eating.

I love exploring new cultures, seeing new sites and taking a break from my usual routine. But quite frankly, the first thing I research when heading out on the road is where I am going to eat.

This was especially true on my first trip to Nashville this summer. At seven months pregnant, walking too far in the 100 degree heat was off the menu, as was drinking whisky on Honky Tonk row. So it is safe to say that I threw all of my (somewhat diminished) energy at finding awesome restaurants.

If you have never been to Nashville, you might be really surprised at what a good food town it is. I was. And it was in Nashville that I got to cross one off my culinary bucket list: Husk Restaurant. Sean Brock, the chef behind Husk, loves vegetables so much that he has them tattooed all over his arms. You should Google it…it’s pretty impressive.

Of course, chef is true to his Southern roots in his love of all things creamy, white floured and pork filled too. So something else I discovered at Husk is pimiento cheese. This combination of cream cheese, mayo and cheddar cheese is a deliciously spreadable heart attack waiting to happen. And I must have tried it at least four different ways when I was down there…did I mention how sick I felt after 5 days on a Southern Diet?…but the one at Husk was by far and away my favourite.

Upon returning home, I was pretty eager to find a way to make it vegan. And then my little girl arrived and the project got pushed to the sidelines. Now, in prime feast season it felt worthwhile to seek out some festive alternatives that won’t make you feel like garbage. And a vegan pimiento cheese is right at home on the holiday buffet.

When searching out recipes online, most relied on vegan cream cheese and cheddar shreds but I wanted something made with whole foods, so I created this cashew-based version. It takes just minutes to make and is so delicious as a dip with crackers or raw veggies, spread on a sandwich or even topping a pizza (YES!!!). It is sweet and salty and a bit smoky and super creamy. 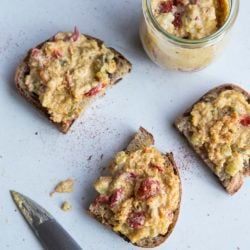 2 Cups
A plant-based version of your favourite Southern cheese dip! Rich and cheesy, what else can you ask for?
3.40 from 5 ratings
Leave a Review »
Pin Print