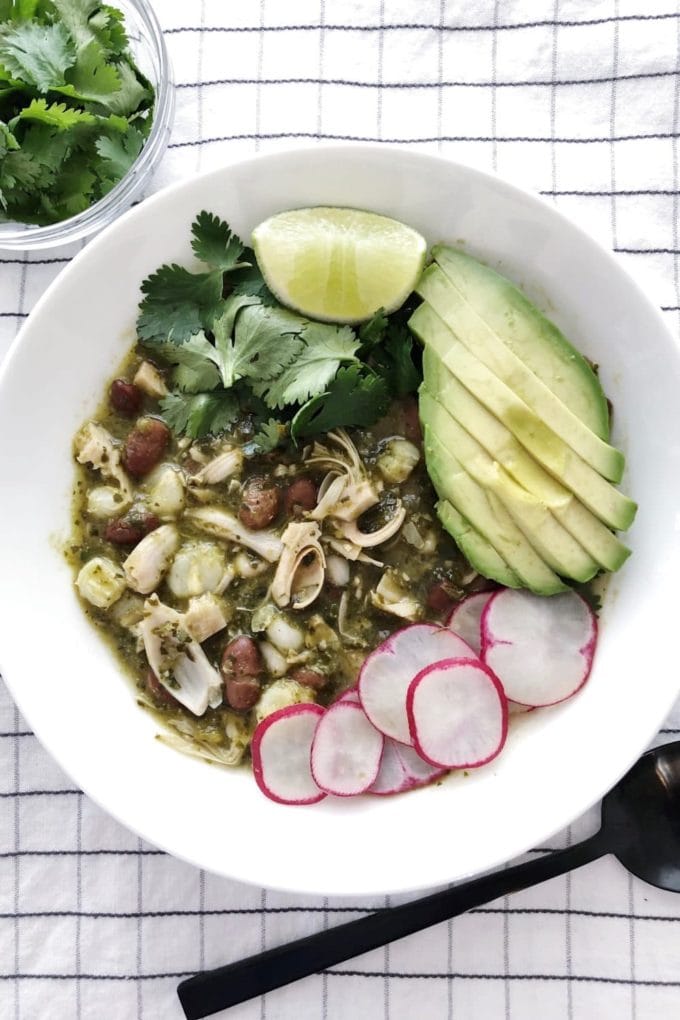 This spicy, hearty vegan pozole verde recipe features a rich broth that uses roasted jalapeños to create a satisfyingly smoky flavour. Inspired by the traditional Mexican stew, this vegan pozole uses pulled jackfruit to mimic chicken and protein-packed pinto beans because the dietitian in me wants you to feel full! It’s one of my favourite vegan soup recipes and comes together in less than 1 hour!

Confession: I am absolutely obsessed with Mexican food. Hands down, it has some of my favourite flavours and textures. A couple of years ago, I made my first trip to Mexico City and just about lost my mind researching all the places I wanted to eat! There was a surprising number of vegan restaurants in Mexico City. If you’ve got a copy of Eat More Plants Cookbook, you’ll probably see the result of all of that inspiration…as I traveled to Mexico City before I began writing!

Since I don’t eat animal products, there are a lot of Mexican goodies I don’t really get to enjoy (like pozole)! So I’ve created my own version, inspired by the original pozole but with plenty of tweaks to make it work for my kitchen. As I understand it, pozole (also spelled posole) is typically either rojo or verde – although a chile-free blanco also exists. The rojo version made with pork and various dried red chiles and the verde is typically fresh green chile, tomatillo and chicken-based. Read this if you want to learn more about traditional, authentic pozole, whose origins are honestly kind of shocking.

What you’ll need to make this vegan pozole verde recipe

I’m crazy excited about this recipe. This is the kind of stew you’ll want to eat even in the middle of summer. It’s got a flavourful broth that has a nice weight to it, more stew than soup thanks to pureed roasted vegetables. I like it with plenty of lime juice so it tastes nice and bright. Even my kids like it… and they typically don’t like anything that looks this healthy! So here are the main ingredients you’ll need to source to make this flavourful stew.

Ever gotten burned by a jalapeño that was too spicy…or totally blah? ALWAYS taste your jalapeños before cooking. Cut off a tiny piece of the flesh and see how spicy it is. That way, you can customize the heat level of your dish. Like it spicy? Use the whole jalapeño, with seeds as they are the spiciest part. Prefer it mild? Remove the seeds, or use less.

Ready? Let’s get cooking! This spicy and satisfying stew is worth the effort. It will serve a family but if you’re cooking for 1 or 2, leftovers get even better with time and it will keep for 3-4 days in the fridge, making this great for meal prep. It’s also super freezer friendly, so pop the rest in a freezer container for up to a month!

Yes, this stew takes a bit of time…about 45 minutes of prep and another 15 minutes to cook but it is really quite simple, even for a beginner cook! 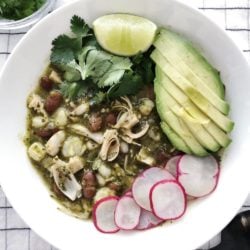